Use 781 area code to reach out to your prospects in your area.
Create a presence in your community. 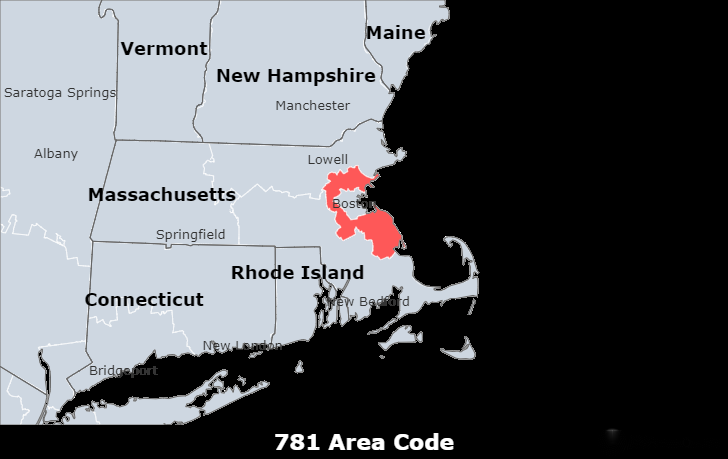 Where is area code 781 located?

Area code 781 serves the area surrounding Boston, MA. It includes the cities of Lynn, Waltham, Malden, Medford, and Weymouth Town. It has a single overlay (339) that serves the same area.

What timezone does the area code 781 belong to?

The 781 Area Code is located in the EasternTimezone.

Which area code is closest to 781?

Area Code 781 is meant to serve all residents of Boston and its surrounding. It is therefore not a scam. However, Boston is a large city that has its fair share of scammers. This does not mean that you should not receive calls with this code for fear of being scammed. Instead, you should be careful with what you share over the phone knowing that you could be scammed.

What is the importance of choosing a local phone number?

1.Our most popular range: The majority of people (77%) prefer to call a business that's local to them.

2.Low cost calls: It costs the same to call as a landline, so is free if you have inclusive minutes.

3.Every city, every state: We have 100% US coverage, so you can get a number for any city.

6.Make and receive calls: Hide your number when making and receiving calls through your virtual number.

Is it possible to request a specific phone number with the area code 781?

Wherever you do business, EasyLine offers area codes in every state or provinces across the U.S and Canada. EasyLine is the industry-leading business phone system. Let EasyLine take your business to wherever your customers are located, from coast to coast. Local phone numbers give you the power to promote your products and offer the best customer service nationwide. Get a second phone number in less than 3 minutes with EasyLine!

Method 2. Download EasyLine app to select a number and plan.

Method 4. Buy a second local number with the help of our customer service by clicking “LiveChat” on EasyLine website.

Get a 781 area code number for your business