What does choosing a 737 business phone number imply?
A unique vanity local phone number could boost your sales and leads. 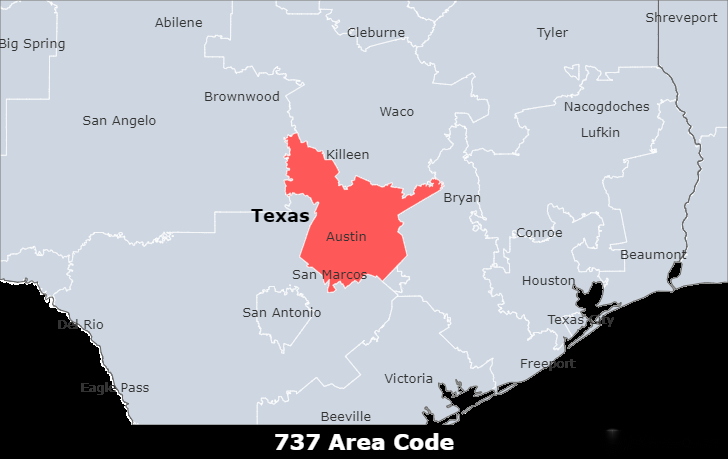 Area code 737 serves Austin, TX and the surrounding areas. It is an overlay for area code 512 and serves the same area.

What timezone is used for area code 737?

The 737 Area Code is located in the CentralTimezone.

What is the major city covered by area code 737?

What are the closest area codes to 737?

How can a local phone number help your business?

Most customers prefer calling a local number, especially if they’re trying to reach a local shop, sole trader or a taxi company. By adding a local number to your website or business cards you create the impression that your business is based just around the corner, which eases the customers' experience and makes them feel more comfortable when calling a company with a local number. It also helps enhance your business reputation and credibility among local customers, which might lead to a higher volume in business leads and potential sales.

Using a second local business phone number also cuts from the traditional landline cost as you won't have to pay for a fixed BT landline anymore. With any of Virtual Landline plans you’ll be paying only the monthly subscription price for the plan and all inbound or outbound call activity will be deducted from the inclusive minutes, depending which plan you've chosen.

Where can I request a second phone number with the area code 737?

Get a 737 area code number for your business