Select a local phone number with 682 area code.
Establish yourself as a local business. 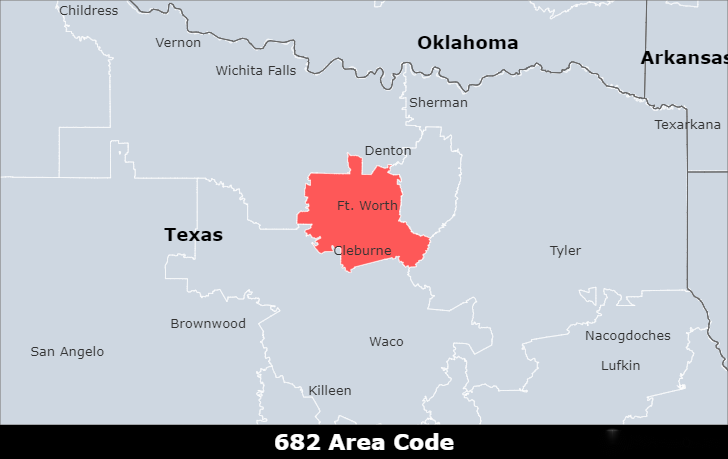 Where does area code 682 come from?

Area code 682 serves Fort Worth, TX and the surrounding areas. It is an overlay for area code 817 and serves the same area.

What timezone does the area code 682 belong to?

The 682 Area Code is located in the CentralTimezone.

Fort Worth, city, seat of Tarrant county, north-central Texas, U.S. It lies at the confluence of the Clear and West forks of the Trinity River and constitutes the western portion of the Dallas–Fort Worth urban area, known locally as the Metroplex. Dallas lies 30 miles (48 km) east; other cities of the metropolitan region include Arlington, Carrollton, Denton, Garland, Grand Prairie, Irving, Lewisville, Mesquite, North Richland Hills, Plano, and Richardson. Alongside its modern industries and contemporary skyscrapers, Fort Worth retains much of the flavour of its Old West heritage.

Which area code is closest to 682?

Why do you require a memorable local vanity number for advertising?

1.Getting local phone numbers can help your business become more reachable and accessible to your customers across the world.

2.Local phone numbers give your business an authentic presence in particular target markets and make your company more accessible to individuals in local and international areas.

Where can I obtain a local phone number for business with the area code 682?

If you are a solopreneur, EasyLine could help you save costs and improve efficiency. If you are a Freelancer, you can start your sidelines with great facility… Now is the moment to engage with your prospects and clients by using a local phone number for your company.

Get a 682 area code number for your business

Build trust and loyalty with a local phone number from EasyLine.