Select and buy a 530 area code for your company.
Using our accessible area code, you could establish a local presence. 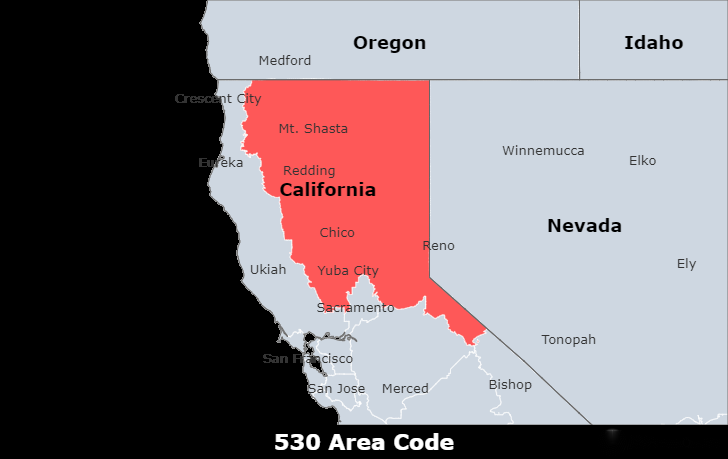 Where is area code 530 located?

Area code 530 is located in northeastern California and covers Redding, Chico, Davis, Yuba City, and Woodland. It is the only area code that serves the area.

What timezone is used for area code 530?

The 530 Area Code is located in the PacificTimezone.

What is the major city covered by area code 530?

What are some area codes near 530?

What are the benefits of having a memorable local phone number for marketing?

A mobile phone with a local number is ideal for persons who:

1.Want to be contacted at all times.

2.Do not want callers to pay more costs as a result of contacting you.

3.Want to project a professional image by using a landline phone number.

4.Want to know how much anything will cost.

The following are some of the advantages of having a local phone number:

1.Be smarter: with only one device and one voicemail, you won't have to check in at home and at work.

2.Value to your consumers and business that can be measured.

How to get a 530 area code business phone number?

Get a 530 area code number for your business