Select a 339 area code phone number for your marketing
For branding purposes, choosing a memorable local vanity number is helpful.

When you receive a call from a new area code, you start to worry where is the call coming from. Is it an important call for me to answer? Is the call not associated with scammers? These are just some of the most commonly asked questions about the area code 339. Want to know more information about this area code? I suggest, you continue reading. 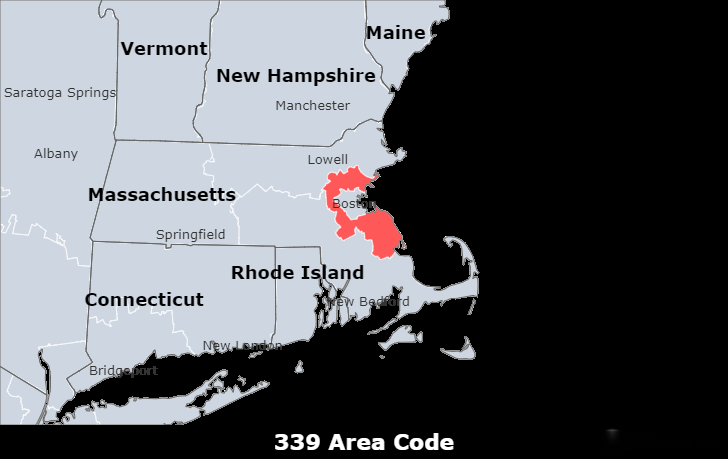 Area code 339 serves the area surrounding Boston, MA. It includes the cities of Lynn, Waltham, Malden, Medford, and Weymouth Town. It is an overlay for area code 781 and serves the same area.

What timezone is used for area code 339?

The 339 Area Code is located in the EasternTimezone.

What is the major city covered by area code 339?

Which area codes are closest to 339?

There is a large number of 339 number user including companies and other businesses. This alone increases the susceptibility of the 339 being used by the scammers. Scammers uses this chance to claim that they are calling from a company's customer service team, and would try to gain your trust. In other situation, there are scammers that uses the "One Ring Scam" trick, where they leave a missed call so you will call them back. By this, you will be charged just by calling back or texting back.

Why do you need a memorable vanity local number for branding?

Local Number on a Mobile is great for people who:

1.Want to be reached at all times.

2.Don't want callers to incur unexpected expense when they contact you.

3.Want the professional image with a landline number.

Here are the benefits of getting a local number:

1.Get smarter - one device and one voicemail means you don't need to check in at home as well as the office.

2.Measurable value to your customers and your business.

Can I request a specific phone number with 339 area code?

If you want to get a local phone number, you could contact a service provider that offers phone numbers in the location you require. EasyLine was created with small enterprises and individuals in mind. To satisfy your needs, we provide local numbers in a variety of areas across the United States and Canada.

The steps to getting a local business phone number are as follows:

Step 2: Determine whether you want to use toll-free or local phone numbers.

Step 3: Look for and select a number that appeals to you.

Get a 339 area code number for your business