You may get your firm off to a strong start by using 314 Area Code area code.
Connect with your local community by using a local number.

If an unknown area code shows up in your phone's screen, it may lead to questions like where is the call coming from? Is the call linked with scammers? Is it an important call? Below are some commonly asked questions about the 314 area code... 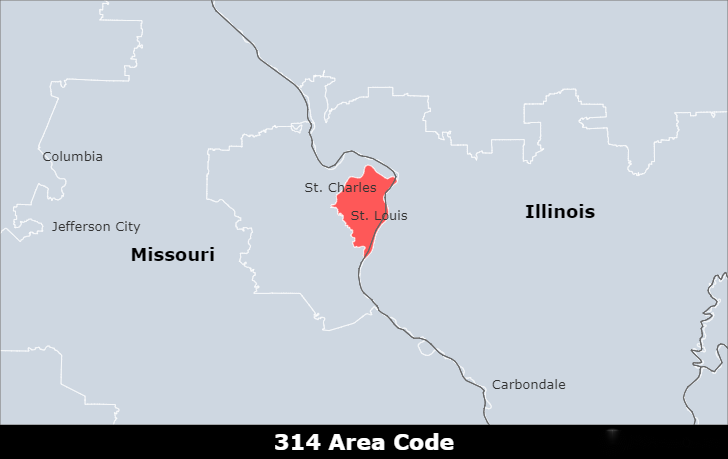 314 is one of the original 86 area codes created by AT&T and the Bell System in 1947. It originally served eastern Missouri including St. Louis. 314 was split in 1996 creating the need to update some of the phone numbers to area code 573, and again in 1999 to create area code 636. To avoid exhausting all possible phone numbers in this area code, relief planning has begun, but it has been suspended.

Area code 314 serves St. Louis, MO and the surrounding areas. It is the only area code that serves the area.

What is the timezone of area code 314?

What is the major city covered by area code 314?

Which area code is closest to 314?

Take a look at some of the key benefits of having a local phone number:

1.Local presence: By picking a local number you'll be able to give the impression that you're an established business in any UA and CA city.

2.Routing calls: All calls made to your new local phone number can be forwarded automatically to your pre-existing business number or mobile.

3.Choose your own number: Traditional phone service providers will allocate you a random number. With VoIP, you get to pick your own number – meaning you can 4.Pick from thousands of memorable numbers, making it easier for customers to remember you.

5.Marketing: You may be running a marketing campaign in a particular city that entails people to call a phone number.

Considering getting yourself a virtual phone number?

How do I get a 314 local number for business?

EasyLine is a trusted provider of local phone numbers in the United States and Canada. We have the largest selection of local numbers from many cities. Get a local phone number today and start using the service instantly. We offer a free trial to test the quality of our service, and there is no commitment after the trial.

It’s vital to select a memorable local vanity number for your business advertising. Here are the methods for you to get a brand new number.

Method 1: Register on the EasyLine website and obtain a phone number via directions.

Method 2: To select a phone number and plan, download and use the EasyLin application.

Method 4: Purchase a new local number with the help of our customer service through "LiveChat."

If you have any questions, feel free to contact us.

Get a 314 area code number for your business

Stay safe and protect your privacy when you give out your number.