With 213 area code, you can get your business off to a good start.
We have phone numbers available all throughout the United States and Canada.

Seeing unfamiliar area codes on our phone list can spark both curiosity and worry. Where is it from? Is it legitimate or a scam? The area code 213 is as legitimate and familiar as it can get as it is the area code of the Los Angeles, California business district which is home to 50,000 people and 500,000 jobs. 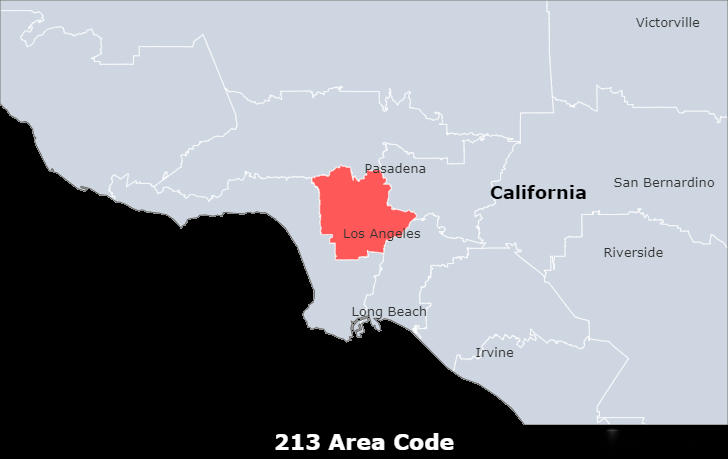 213 is one of the original 86 area codes created by AT&T and the Bell System in 1947. It originally served southern California including Los Angeles. 213 was split in 1998 creating the need to update some of the phone numbers to area code 323.

Where is area code 213 located?

Area code 213 serves part of Los Angeles, CA and the surrounding areas. It has a single overlay (323) that serves the same area.

What timezone does the area code 213 belong to?

The 213 Area Code is located in the PacificTimezone.

Los Angeles , city, seat of Los Angeles county, southern California, U.S. It is the second most populous city and metropolitan area (after New York City) in the United States. The city sprawls across a broad coastal plain situated between mountains and the Pacific Ocean; the much larger Los Angeles county, which encompasses the city, contains some 90 other incorporated cities, including Beverly Hills, Pasadena, and Long Beach. The county also encompasses two of the Channel Islands, Santa Catalina and San Clemente; Mount San Antonio, familiarly known as Mount Baldy or Old Baldy, 10,046 feet (3,062 metres) high; more than 900 square miles (2,330 square km) of desert; and 75 miles (120 km) of seacoast.

What area codes are nearby 213?

What can a local phone number do for your business?

We've put together the top 5 reasons why local numbers could be of the most benefit to your business.

1.Advertise a local business anywhere in the US and CA.

2.Use a highly memorable number.

How can I get a business phone number with the 213 area code?

Get a 213 area code number for your business

Another way to score a secondary line is through EasyLine.